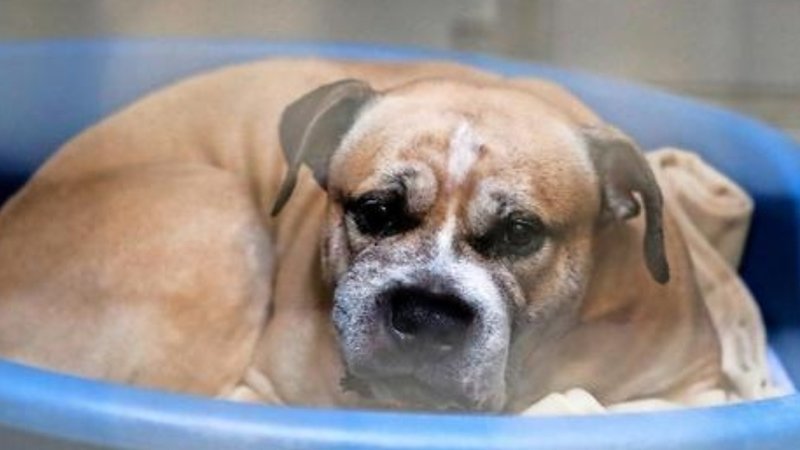 In April this year, an online petition was organized to save the life of dog in Germany who had killed two of its owners. The petition on Change.org garnered hundreds of thousands of online votes calling for the dog, Chico, not to be ‘euthanised’. In addition, a demonstration was held in Germany against killing the dog. The dog home in which Chico is held received hundreds of queries from members of the public offering to rehome him. Attempts have even been made to break in to the dog home to rescue Chico.

The case of Chico, a Staffordshire bull terrier cross, received significant media attention in Germany and around the world. Efforts by the public to save Chico are interesting because the dog had done something that in most countries would mean certain death. Newspapers reported the facts as follows.

The owners were found lying dead on the floor of their family home in Hanover. A 52-year-old German woman called Lezime K, and her son 27-year-old son Liridon who had learning difficulties, were attacked by the dog and subsequently had bled to death. Lezime’s daughter came across the gruesome scene when she visited the flat and saw the body of her maimed brother through a window. Firefighters had to catch Chico before police were able to enter the flat.

Lezime was confined to a wheelchair. Many years before, she had been injured by her husband after he attacked her with an axe – a crime for which he was jailed. Lezime acquired the dog prior to her ex-husband’s release from jail eight years ago, apparently for the protection of herself and her family. Yet it appears that Chico had manifested aggression and that Lezime had trouble dealing with his behavioural issues.

The story of a single mother maimed by her husband, a son with learning difficulties, and a dog who was supposed to protect but instead killed the family are certainly tragic. So why the outpouring of sympathy for Chico? Partly, it seems, because of mistakes made by authorities in the lead up to the fatal event.
In 2011, a social worker had arranged for the son to take the dog to a trainer.

According to the social worker, Chico “had been trained to be a fighting machine”. The dog trainer reported the situation to the veterinary inspection office, which was supposed to have made a ruling about whether the dog could stay with the family or be removed. For her part, the owner was supposed to present the animal to authorities but did not do so. Moreover, the authorities did not subsequently follow-up the case. A city spokesman said that authorities were ready to admit they had made mistakes.

The upshot was that a dangerous situation was allowed to continue. That probably explains some of the sympathy for Chico. If authorities had acted, Chico may not have injured or killed anyone. Furthermore, Chico had apparently been trained to fight. On top of that, his family had perhaps been unable to properly care for him. Thus, although Chico’s behaviour and its consequences were extreme and horrific, they were both avoidable and a product of his unfortunate experiences and upbringing.

Some will say, however, that this misses the point. The pertinent and present point, they will say, is that the dog has shown such dangerous aggression that he is a threat to human life and wellbeing. Hence, he should be killed for the sake of public safety. But what of the option of keeping the dog in a secure facility for dogs with behavioural difficulties, as was mooted by the authorities? For that would presumably ensure that no-one is harmed in the future. Then the question of whether Chico should be ‘euthanised’ might turn on whether that sort of a life for a dog would be better than not living at all. Living in a secure facility might be a better than no life, and it might be better than the life the dog had come from.

Perhaps it is possible to object to this line of thinking on the grounds that Chico does not deserve to live, and deserves, in fact, to be killed, because what he did was so horrible. This appears to imply that we can hold Chico morally accountable for his actions, in roughly the same sort of way that the husband of the deceased woman was held accountable for attacking her with an axe. Indeed, the husband was jailed for a very serious violent crime.

Whether any nonhuman animal can engage in moral behaviour is an active and fascinating question in both science and philosophy (I have discussed it in an essay which can be found here: goo.gl/LSjXjn). But even if animals can behave in ethical ways, and even if they do act badly, it is still possible to feel sympathy for the way their lives have turned out.
SIMON COGHLAN