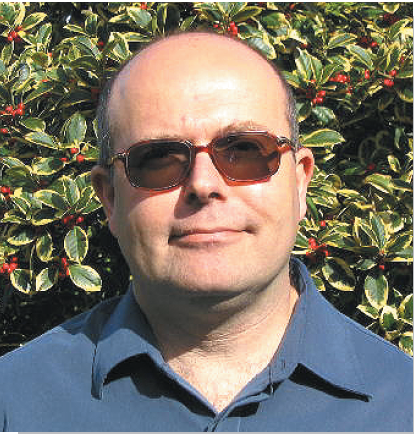 As I write the UK is enduring its third national coronavirus lockdown in 11 months. It is over a year since the first COVID-19 death was reported here and approaching a year since the first national lockdown began. I doubt back then any of us could have envisaged the severity and longevity of this pandemic or its effects upon society and the economy. Over those months the UK has confirmed over 4 million cases of COVID-19 (3.7 per cent of confirmed cases worldwide) and 119,000 deaths (0.5 per cent of world mortality). Various causes for this disproportionately severe impact have been proposed: government failures to respond rapidly to scientific advice, maintaining open borders (until recently), the UK’s international travel connectivity, the emergence of new more virulent strains and a progressive withdrawal of funding from the public health and social services over many years. Now (mid-February) and seven weeks into lockdown no.3 the case numbers and deaths are beginning to fall again and over 16 million Britons, in the most vulnerable groups, have received at least one dose of a coronavirus vaccine. The UK population is currently around 66.5 million. The virus has changed the direction of government from one committed to the reduction of national debt through sweeping austerity measures to one which has spent liberally on everything from PPE, to business support and free school meals. It is fortunate then that the bank base rate remains historically low at 0.1 per cent; even so the country will be standing in the shadow of its COVID-19 debt for many years to come.

What applies generally is mirrored in the veterinary profession where restrictions on the freedom to practise have resulted in some job losses, short time working, pay cuts or a reliance on government support (furlough) to retain idle/incapacitated employees. Veterinary services during the current lockdown must prioritise ‘supporting the food chain and work essential for animal health and welfare’. This is not as restrictive as the ‘emergency only’ guidance of last spring, but it still requires practices to comply with all the control and distancing measures to minimise virus spread. Consequently many normal income streams remain inaccessible, and the situation is far from normal. A Royal College of Veterinary Surgeons (RCVS) survey taken in November (during the second national lockdown) found 6 per cent of practices still had vets on furlough and 75 per cent expressed concerns about the mental wellbeing of their staff. An impression which is supported by recent figures from the Vetlife Helpline (a 24/7, anonymous phone and e-mail support service for veterinary staff); which reported the past year had been their busiest ever with contacts rising by 25 per cent from 3,117 in 2019 to 3,921 in 2020. However, the RCVS also found that 58 per cent of practices were successfully using remote consulting and 55 per cent reported their turnover was stable.

Besides the inherent difficulties of providing a safe service during lockdown the British Veterinary Association (BVA) has highlighted the increasing levels of abuse veterinary staff are encountering when they are unable to provide the service some clients feel they should be entitled to, pandemic or not. A survey of companion animal practices by CM Research found that 7 per cent of hard-pressed practices were actively seeking to offload disruptive clients who are no longer worth the effort of retaining. CMR also found that vets in Australia and New Zealand are far more optimistic about their economic prospects returning to normal before 2022 than their UK colleagues. The prolonged pressure of balancing demand and restriction seems to be promoting a collapse in veterinary morale in the UK with 44 per cent of respondents saying they were considering alternative careers.

New graduates have of course had a particularly difficult induction into the profession over the last year. The RCVS had planned to roll out a new in practice graduate mentoring scheme this year to support new graduates. The Veterinary Graduate Development Programme (VetGDP) will replace the existing Professional Development Phase (PDP) initiative. Any practice wishing to employ new graduates must have an approved mentor in house to offer one-to-one advice, support and guidance to build graduate skills and confidence. Mentors were supposed to have completed their approved training by this June, but acknowledging the present difficulties the RCVS has pushed this requirement back to December to avoid a situation where new graduates cannot obtain employment because practices have been unable to comply with the scheme requirements.

Finally research at the Pirbright Institute in Surrey is aiming to uncover how the pandemic coronavirus (SARS-Cov-2) managed to infect humans in the first place. Current knowledge suggests that the virus originated in bats and then managed to jump to humans. Bats carry a large number of coronaviruses, the RaTG-13 coronavirus being the most similar to SARS-Cov-2. Molecular studies found significant differences in their spike proteins, that facilitate binding to the surface of host cells. By swapping segments of spike protein in isolation and comparing human cell infectivity researchers postulate that this is the likely mechanism by which the virus was able to jump species, possibly via an intermediate host. They also found that SARS-Cov-2 also binds strongly to dog, cat and cattle receptors; information which may help to understand the role of other species as reservoirs for the disease and forewarn of future threats.