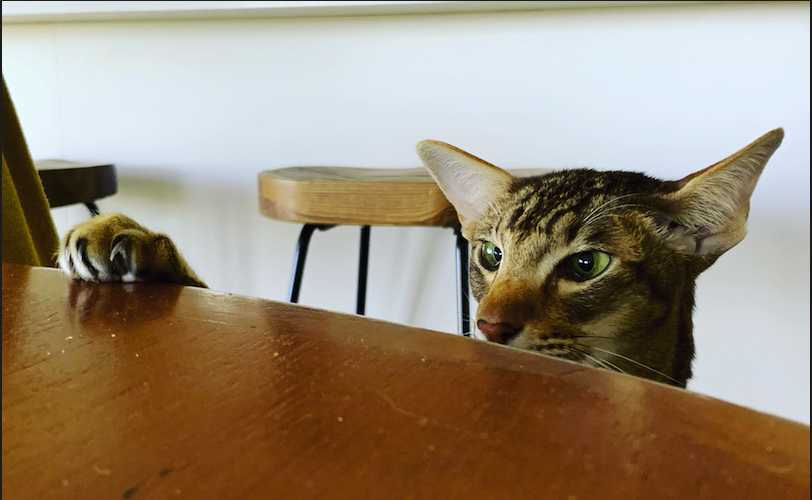 While local and state governments continue to wrestle with acceptable measures to reduce the impact on native wildlife from cat predation, a recent UK study published in the journal Current Biology has found cat owners who adopt some simple strategies around their pet’s diet and play, benefits not only their cats and themselves, but also helps reduce the risks cats pose for wildlife.

An analysis of several studies into the impact of cats on the environment was conducted by the University of Sydney last year. It estimated 390 million animals are killed by cats each year in Australia. The total included birds, reptiles and small mammals. A greater awareness and concern for wildlife has already prompted many cat owners to fit bell collars on their cats, or keep their pets permanently indoors, or contain them securely in an outside run. But the welfare implications of restricting or denying outside access to cats is worrisome for some owners according to team leader and co-author Robbie McDonald from the University of Exeter’s Environmental and Sustainability Institute. Prof McDonald said the research showed that by using entirely non-invasive and non-restrictive methods cat owners could change what cats themselves wanted to do.

The study involved enrolling 219 households in southwest England in a 12-week controlled trial that tested the effects of introducing puzzle feeders, meaty diets and play into the daily lives of 355 cats. Results showed that in diets where proteins were derived from meat, the number of prey animals brought home to cat owners reduced by 36 per cent.

Lead author Martina Ceccetti, a PhD student and researcher at Exeter University’s ESI, and the person responsible for conducting the experiments, said some cat foods contained protein from plant sources such as soy, and although these foods formed a ‘complete diet’ it was possible some of them caused some cats to be deficient in one or more micronutrients, prompting them to hunt.

In the ‘play’ group cats were encouraged to stalk, chase, and pounce on a feather toy dangled by their owner on a string and wand. Owners also gave cats a mouse-like toy to play with after each ‘hunt’, mimicking a real kill. Evidence suggested just five to 10 minutes’ playtime each day was enough to reduce predation by 25 per cent.

For reasons that remain unclear, the use of puzzle feeders was found to have no beneficial effect. One possibility for this response could be the short length of the trial, and the failure of both cats and owners to become accustomed to the use of feeders, that in turn resulted in hungrier cats who then resorted to hunting.

The study showed limits on cat predation depended as much on the owners as it did on the cats themselves, and future research will examine ways to not only further reduce cat predation, but also explore what elements of meaty food may lead to a reduction in hunting.