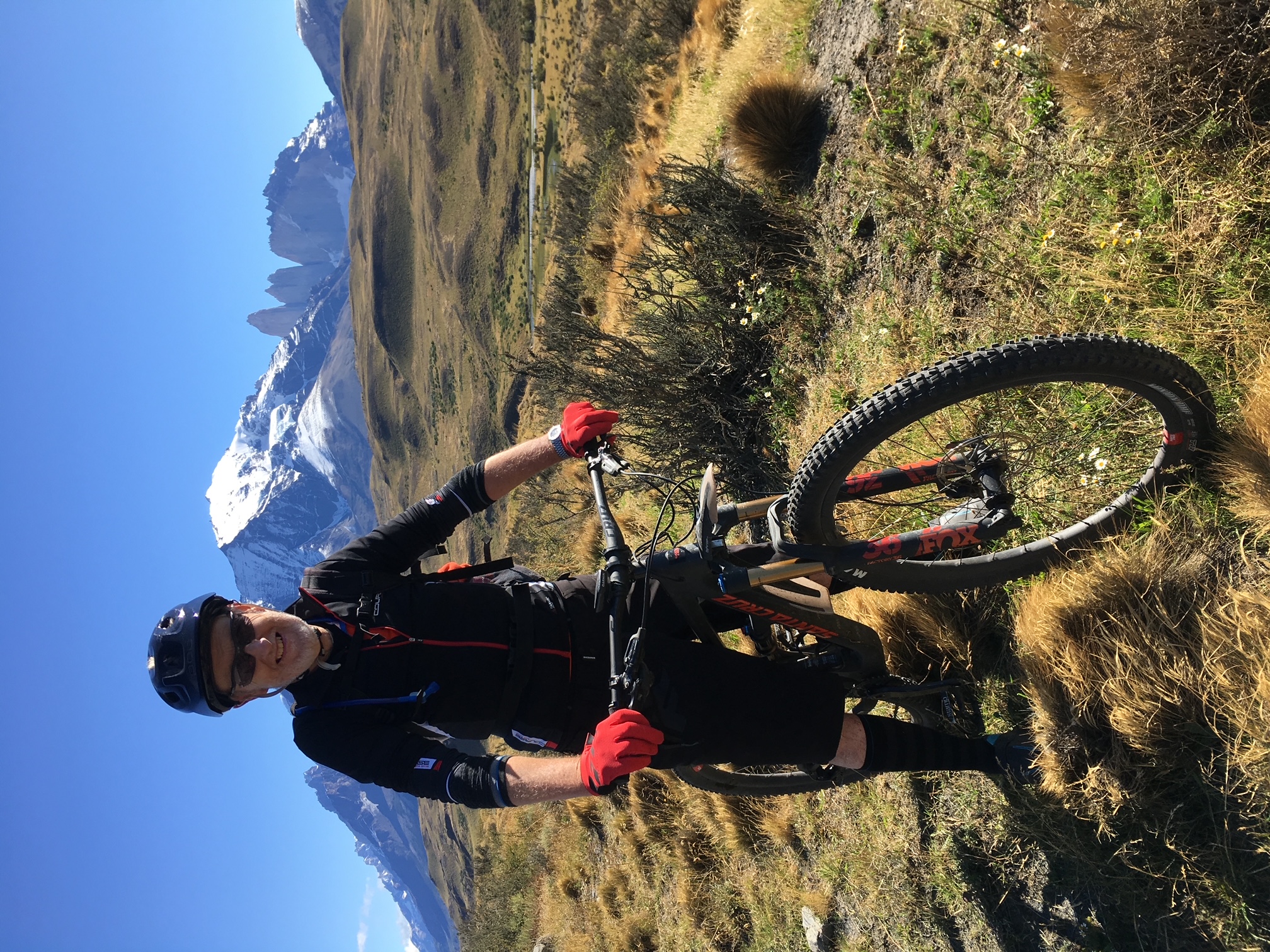 It is fortunate that Warren Foreman knows how to pace himself. As a two time participant in the Paris-Brest-Paris cycling event, which requires competitors to cover more than 1,200 kilometres within just 96 hours, Foreman is no stranger to challenging himself physically. While the French countryside en route is spectacular and the camaraderie between the riders delightful, Foreman admits that coping with lack of sleep is among the biggest challenges for contestants, who have to ride virtually all day and all night to complete the course in the time allowed.

More recently, Foreman has been testing his endurance in a rather different way: almost a year after being announced as the 2020 Veterinarian of the Year, he has been waiting and hoping – stay at home orders and border closures permitting – that he will finally be able to receive his award at Australian Small Animal Veterinary Association conference on the Gold Coast in August 2021. It has been a long wait, but Foreman has registered for the event and is looking forward not only to receiving his award, but also to attending a conference after such a lengthy break. “I think 2020 has been a blur for so many of us – crazy times,” he said.  “None of us predicted the increased patient numbers on top of the massive practical difficulties that arose in safely dealing with our patients during a human pandemic.” Unfortunately, at the time of writing, millions of Australians are in lockdown as the highly infectious Delta variant of coronavirus wreaks havoc across the country, and it may well be necessary for Foreman’s award ceremony to be delayed and for his patience to be tried once again.  Getting from his home in Adelaide to the Gold Coast may yet prove to be more challenging than cycling from Paris to Brest and back again.

Strangely enough for an avid cyclist and winner of the Veterinarian of the Year award, Foreman was not particularly sporty when he was a child and never contemplated becoming a vet.  He grew up south of Adelaide in a small town called Willunga (Kaurna Country), in the same district where his parents and been born and raised. Ironically, Foreman’s childhood home was at the bottom of Willungra Hill – now famous for its inclusion as a hill climb in Australia’s premier cycling race, the Tour Down Under.  His father worked at various jobs, starting out as a patternmaker for General Motors Holden before working as a carpenter and eventually starting his own plumbing business.  His mother looked after the house, the kids – Foreman, his older brother and younger sister – and the books for the business. “Mum and Dad were not sports people, so neither were we kids,” he explained.  Nevertheless, Foreman and his siblings enjoyed what he describes as “a very outdoors upbringing”, largely due to them working with their father on weekends. “We would be assigned all sorts of plumbing tasks – digging, laying drains, roofing, and so on – it was a great way to learn practical skills.”

It was not until he attended a high school careers night and got talking to a couple of vets that Foreman considered studying Veterinary Science. “We always had a cat, a dog and some chickens at home,” Foreman recalled, but up until that point he had been planning to study civil engineering at Adelaide University. “The work the vets described was very different from anything I had experienced, it seemed a little exotic and challenging, and provided the prospect of an interesting career,” he said. “I thought I would have a go at getting into the course, and ended up putting down civil engineering as my second choice.”

After applying to study Veterinary Science at both Melbourne and Sydney Universities, Foreman ended up being accepted into both courses but had already enrolled at Melbourne University by the time the Sydney University offer arrived.  He graduated with Honours in 1979, also completing a Bachelor of Animal Science as a research degree halfway through his veterinary course.  “The Animal Science degree was in ruminant physiology and certainly didn’t have any clinical applications,” Foreman said.  “It was a good way to road test a research career, and while I found it very intellectually stimulating I learnt that I am more suited to clinical practice.”

Upon graduating, Foreman began working in clinical practice at Trinity Gardens Veterinary Hospital in Adelaide in 1980.  He subsequently worked at practices in South Melbourne and the Riverland before returning to Adelaide in 1992.  “Working as a veterinarian has been both very rewarding and very challenging at times,” he commented.  “One of the great things about this profession is that there are so many different career pathways and possibilities.” Although he describes his own career progression as being “rather linear” in comparison with some of his colleagues, Foreman has relished the opportunity to expand his veterinary knowledge and skills.  “I have found great satisfaction in pursuing further studies and gaining new expertise in a variety of related fields and have been fortunate enough to use these in my day to day clinical work,” he said.  “Learning skills and being able to apply them to help your patients is a real buzz.”

In 1985, Foreman gained membership of the Australian and New Zealand College of Veterinary Scientists in Canine Medicine and developed a particular interest in dentistry and oral surgery after perceiving a need for a canine dentistry practitioner in Adelaide. “The interest in dentistry was sparked by a canine patient who had broken a canine tooth who happened to be owned by a dentist,” he said. “This coincided with the beginning of the Australian Veterinary Dental Society and the general upskilling of the profession in veterinary dentistry pioneered by the late Dr Stephen Coles, who was a class mate.  I just ‘rode that bus’: bought the equipment, made contact with some human endodontists and started doing some specialised procedures.”

Over the years, Foreman has also pursued studies in fields such as ultrasonography, ophthalmology and orthopaedic surgery.  “These areas of study fulfilled the needs of our clinical caseload,” he explained.  “I enjoy acquiring and using new skills and being able to bring a broad range of expertise to the workplace.” An unexpected upshot of having such a breadth of knowledge and diverse skillset and is that Foreman is now fortunate enough count zoo work as providing clinical highlights in his career, having performed orthopaedic work on orangutans and chimpanzees and done dental work on a lion and a sun bear.

Foreman counts establishing Adelaide Animal Hospital as another career highlight. Having founded the Hospital in 1999, he has subsequently has expanded the practice to include sites at Prospect, Goodwood Road and Stirling. True to form, to complement his growing business responsibilities he also completed a Graduate Certificate in Management, a qualification he deemed “important in managing the growth of the practice and being better able to understand the complexities of a veterinary business.”

In 2011, Foreman received a Meritorious Service Award for his dedicated service to the veterinary profession, including providing continuing education events to South Australian small animal veterinarians, as well as serving (at various times) as President of the then-called Australian Veterinary Practice Managers Association and of the South Australian division of the Australian Veterinary Association.  “I have been an AVA member since my student days,” he said. “I have always been a firm believer in the value of the AVA to our profession and in collectively advocating for the areas of our expertise within the greater community.”

To Foreman’s “complete surprise”, Jenni Trewren, his colleague and partner at Adelaide Animal Hospital, nominated him for the 2020 Veterinarian of the Year award, an accolade he says it is “very humbling and totally unexpected” to be receiving.  “There have been some very well credentialed and high achievers amongst previous awardees,” he said.  “I did not consider myself to be in this league!”

Even if circumstances prevent him from travelling to the Gold Coast to receive his prize, Foreman has many plans for the future – including spending the next few months reducing his workload and road testing retirement. “I do not feel quite ready to be on the professional scrapheap yet,” he said. “If I miss the buzz of solving clinical problems and seeing patients bounce back from illness and injury, I will continue working part time in some capacity.”  Foreman would also like to have a crack at a third Paris-Brest-Paris event, with the next competition slated to go ahead in 2023.  “I would like to do another, just to do it better!” he said. “In the meantime, there is ballroom dancing, bike riding, resuming French studies and tinkering with my Morgan cars to keep me busy.  Who knows – one day soon we may be able to travel again!”
JAI HUMEL