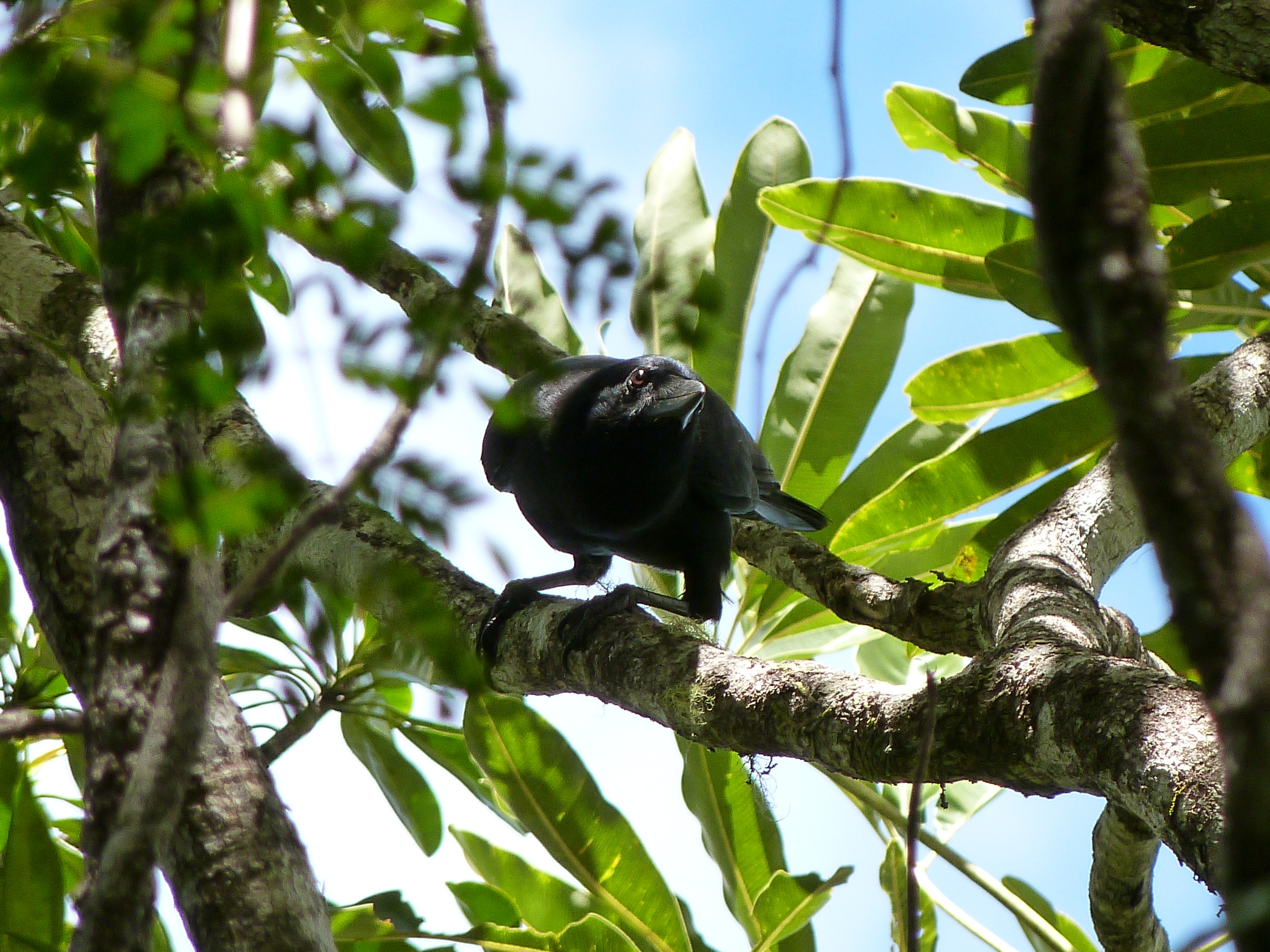 A long-term international study led by a team from Scotland’s University of St Andrews, has not only found the answer to a puzzle that has mystified scientists for years, but has also helped to reinforce the importance of plants in ensuring the survival of many species of wildlife.

The New Caledonian crow (Corvus moneduloides) is the only natural tool user amongst the world’s 40 species of crows and ravens, and the only known non-human animal that selects and manufactures their own stick tools with hooked tips to forage and retrieve invertebrate prey from small holes and crevices in the wild.

Co-author and geneticist Linda Neaves, a research fellow at the Australian National University’s Fenner School of Environment and Society, said the birds put a lot of effort into making the tools utilising specific plants, but while the plants used at two of the study sites could be identified – an introduced shrub, and a variety of raw materials – because crows had never been observed making tools at the third study site, the plants they used had remained a mystery.

Field studies involved a range of approaches over the years and included behavioural observations in the wild and in field aviaries, radio-tracking, and working with local botanists to examine collected tools, but only after the scientists sought the assistance of Neaves, and Peter Hollingsworth from Edinburgh’s Royal Botanic Gardens, was the puzzle finally solved.

“The birds use specific plants with forked stems, which they remove and then process into hooked tools for foraging. But they remove the leaves and much of the bark making it impossible to quickly identify the plant species. The field team were able to collect some tools and asked Prof Hollingsworth and myself if DNA could be used to work out what plant it was,” Neaves explained.

By matching DNA from the tools to the large, native Spanish cherry tree (Mimusops elengi), she managed to discover the answer, but she said it was a timely reminder that survival for some species may sometimes rely ‘on all the little things’.

“The answer was right in front of us the whole time. When the crow researchers first explained this problem, it was difficult to know if we could provide an answer. Usually, you have a bit more to work with, and in this case, it felt like searching for a needle in a haystack as it could’ve been a large number of plants on New Caledonia.

“Clearly these crows have adapted their remarkable tool-making abilities over time to make use of introduced plant species, and it is exciting to find this population prefers a native tree. It raises a lot of interesting questions about how and why crows select the plants they use and how this may be influenced by changes in their environment.”