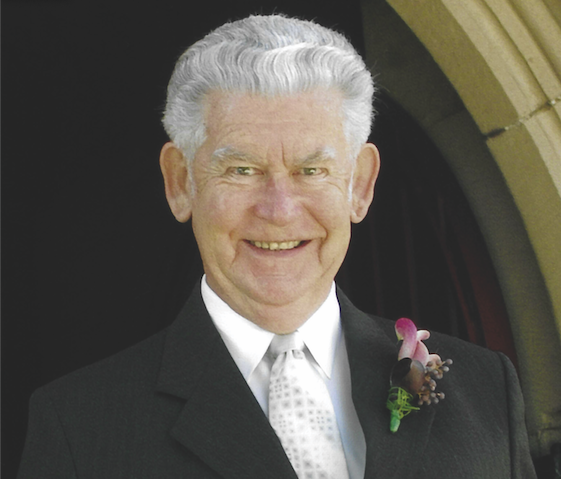 Bill Blackhall, an icon of the Australian Animal Health Industry, passed away peacefully on February 28 2021, aged 87. Known and respected by thousands in Australia and New Zealand, and indeed across the world, Bill’s enduring legacy is indelibly stamped on this close-knit animal health community.

Born in Cronulla NSW after the Great Depression and just prior to World War 2, Blackhall’s humble beginnings gave no real clue as to the visionary leader he would become. After leaving school at fifteen, an early foray into retail fast food and then poultry farming, Bill landed a role as a salesman in the animal health industry, where he pursued a career path which would fulfil his destiny until his official retirement in 2003.

Marrying at only twenty years of age, Blackhall worked exceptionally hard to forge a life for his family. From the outset, the vision of where he wanted to be in his chosen industry, coupled with his foresight, competitiveness and intelligence landed him the position of Managing Director of Merck, Sharpe and Dohme Japan for two years. In this role, he worked and socialised with countless expats, other company Managing Directors and CEOs, forging invaluable contacts and lifelong friendships.

Upon his return to Australia, Smith Kline & French absorbed his time and focus. Then an entrepreneurial opportunity lured Blackhall to start Syntex Australia. After leading Syntex to be a major participant in the Australian market and being appointed Global President for Syntex Agribusiness, his outstanding business acumen and can-do attitude came to the attention of veterinarian Pierre-Richard Dick, founder of Virbac France. After Blackhall left Syntex, a joint venture was forged essentially based on the handshake of these two honourable men, and so Virbac Australia was born in 1987. From a one-person operation in Sydney NSW, Virbac Australia grew to the substantial company it is today. His discipline, drive, determination, and honour imbued a friendly and respectful culture into this highly regarded company. He is well-remembered as a great mentor, a tough but doggedly loyal boss, instrumental in starting the careers and mentoring many still in the animal health industry to this day.

Blackhall was also involved at hands-on level successfully running commercial grazing properties at Yeoval, Cumnock and Crookwell. He not only supported the industry but lived in and for it as well.

As a pioneer of the Australian industry and life member of the VMDA, Blackhall’s skills as a thoughtful, persuasive communicator spread far and wide especially into the area of government and regulation, where he was a fierce and successful fighter on behalf of the animal health sector.

Bruce Johnson, Ian Wheatley and Bill Blackhall were the architects of the initial version of the cGMP (Australian Code of Good Manufacturing Practice for Veterinary Medicines). This association provided the practical framework for the manufacture of safe and effective veterinary medicines, while allowing local manufacturers to develop at a practical pace. These three pioneers were the initial recipients of the VMDA’s Bill Blackhall Award for Excellence.

If awards for excellence were given in all aspects of life, Bill Blackhall would be a voluminous winner. He led by example and exuded a passion for life.

He is remembered as one of those rare people who, despite achieving many things, retained a modest demeanour and generosity of spirit. In business, a man with an iron will but a big heart. In family life, a kind, caring and generous husband, father, grandfather and great grandfather.

Ahead of his time in many ways, Bill Blackhall has left a great legacy. He lived a life that mattered.