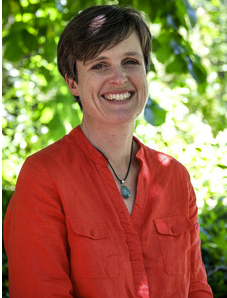 RSPCA Australia’s chief scientist and strategy officer, Bidda Jones, was appointed a Member of the Order of Australia (AM) in this year’s Queen’s Birthday Honours Awards.

Jones began working for the RSPCA in 1996, shortly after arriving in Australia from the UK, and has been a leader in the organisation’s successful efforts to expand its national influence by building expertise in animal welfare science to support engagement and campaign activities. She was also intrinsic to the establishment of a network of RSPCA scientific officers around the country, all using an evidence-based approach to improve the lives of animals.

Although grateful for the award and humbled by the recognition of her work Jones said she was delighted that the role of science in animal welfare had been acknowledged at a high level.

“Put simply, animal welfare science is all about understanding how sentient animals experience their environment and working out how we can make that experience as positive as possible. Once people understand what animals need, they’re enabled to treat them better,” she said.

Since she began working for the RSPCA Jones said advocacy efforts have helped grow the public’s understanding that animal welfare is not just about providing basic care like food, water, shelter, and veterinary care, but also involves ensuring animals have good and enriched lives.

“But there remains much work to do, and a key issue is ongoing advocacy for millions of Australia’s layer hens. In 1998 I wrote my first scientific report for the RSPCA on the chronic frustration of hens confined in barren battery hen cages. It’s taken over 20 years of intense advocacy and campaigning to reach the point, just this year, where we have the opportunity to finally legislate against this archaic housing system. All we need now is for state and territory ministers to embrace the science, meet the public’s expectations, and back this phase-out. Finally achieving that goal this year will be better than any award or recognition,” she said.

Officer of the Order of Australia (AO)

Member of the Order of Australia (AM)

Medal of the Order of Australia (OAM)