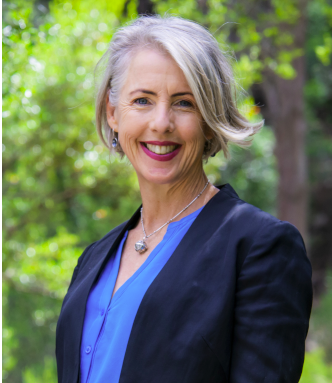 Tasmania’s farmed salmon industry has been under scrutiny since the publication of Tasmanian award-winning writer Richard Flanagan’s book Toxic earlier this year. The recent release of Right to Information documents by the Tasmanian government’s Department of Primary Industries, Parks, Water and Environment has provided further cause for concern about the aquaculture industry’s three main players, in respect of the deterrent practices used against wild seals when in close proximity to fish farm-leased waters.

Concerns raised in the RTI documents show DPIPWE staff made several investigations into seal deaths that occurred between January 2018 and January 2020 in and around the salmon leases.

Tasmanian Greens MP Rosalie Woodruff, spokesperson for the environment, said Australian fur seals, a protected species, had been subjected to ‘horrible practices’ by salmon companies. These included being systematically attacked with some 4000 Kevlar-cased lead shot – called ‘bean bags’ by the industry – although Woodruff said there was nothing soft or humane about a deterrent DPIPWE staff confirmed were non-biodegradable, toxic and, too often, lethal.

“The documents show shocking pictures of wounded and blinded seals, along with autopsies of seals who died through drowning from blunt trauma, or blast injuries within fish farm leases. The gross treatment of wild seals, and the apparently normalised culture of cruel and polluting practices by the salmon industry have been laid bare,” she said.

The documents state the proportion of seals that died due to approved and legislated deterrent use was likely, “a large underestimate”, as was the estimate of injured seals, or animals with penetrating wounds resulting from deterrents, since they would have died outside the lease areas.

“From images that are difficult to look at in these documents it’s clear many animals have been shot in the face and died, been blinded or injured, and euthanised. These are native animals, supposedly protected under Tasmanian law,” Woodruff said.

During the documented three-year period DPIPWE issued 789 seal deterrent permits allowing the use of thousands of underwater seal ‘cracker’ deterrents, and bean bags. Both Woodruff, and Environment Tasmania spokesperson Laura Kelly, have criticised Tasmania’s Liberal government saying it had failed to act despite clear evidence of animal welfare abuses.

“We were sickened when going through these images and reports – these seals have been brutalised with explosives and 12-gauge shotguns at close range and left to bleed to death,” Kelly said.

Although admitting he had been unaware of the RTI findings, Primary Industries Minister Guy Barnett said animal welfare was a ‘top priority’ for the government and legislation had been strengthened in recent years.

“We’ve toughened the laws, and increased penalties in that regard as well. This is an important issue and we’ll be monitoring the seal management framework very carefully. The framework that’s set up is a balance to protect marine farm workers as well as animal welfare issues,” Barnett said.

Woodruff and Kelly questioned why no enforcement action had yet to be taken given the serious questions that involve possible breaches of the Animal Welfare Act 1993. Environment Tasmania has now written to the Tasmanian Integrity Commission to request an investigation of the government’s failure to implement the Act.

“Minister Barnett should halt the use of seal deterrents until an investigation of animal welfare impacts is conducted. The Liberals can’t keep ignoring this cruelty,” Woodruff said.