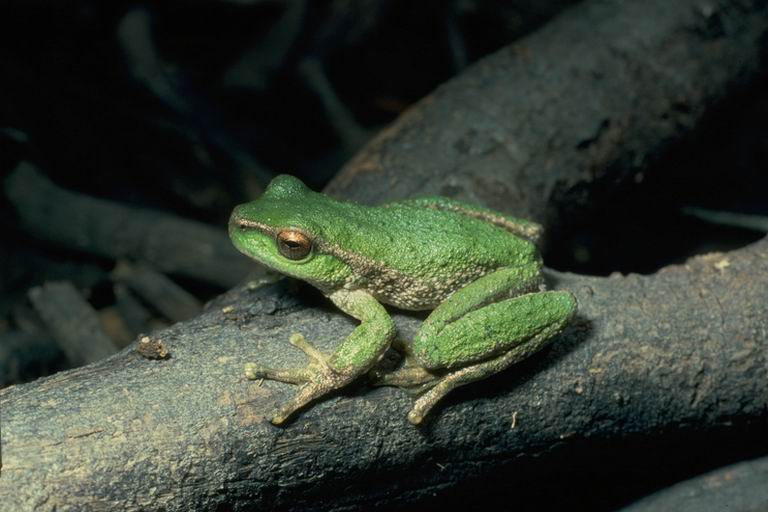 Due to their sensitivity to changing environmental and climate conditions frogs are considered one of the bellwether species by many scientists and ecologists, and a recently published study in Pacific Conservation Biology has identified 26 of Australia’s frogs are at the greatest risk of extinction unless urgent management and conservation measures are established.

The research was undertaken by the Threatened Species Recovery Hub which is part of the federal government’s National Environmental Science Program, and included a team of 29 scientists from universities, government agencies, zoos, and museums across the country.

Of the most at-risk frog species researchers consider four are already extinct, four are ‘hanging on in the wild but are likely to be extinct by 2040’, and a further five species are at ‘moderate risk’ of extinction by 2040. The amphibians suffer from a range of threats according to senior author Graeme Gillespie, Senior Director of the Northern Territory’s Department of Environment, Parks and Water Security.

“Chytridiomycosis and climate change are the primary threats to Australian frogs. Habitat loss, changed fire patterns, invasive fish and pigs are also major threats to some species. Chytrid has played a major role in many of the extinctions and declines that have already occurred and remains a key threat to frog populations closest to extinction,” Gillespie said.

The most severe threat is climate change through changed fire patterns, reduced rainfall, and habitat loss, and of the top 15 amphibian species considered most at risk, 10 are from Queensland where chytrid, climate change and feral pigs have all contributed to the loss of frog species.

Co-author Conrad Hoskin, Senior Lecturer at James Cook University’s Centre for Tropical Environmental and Sustainability Science, said although Queensland had a high frog density, particularly in the coastal mountains, many populations were tiny.

“Many frog species in Queensland have remarkably small distributions, sometimes the top of a single mountain. These tiny areas have acted like upland arks for these species over millennia, but disease and climate change are impacting them. Our results show we are on the cusp of losing many of these remarkable species, and tragically some are probably gone already, so we need to urgently find ways to stop others going extinct,” Hoskin said.

South Australian and Tasmanian frogs were not on the list which included nine at-risk amphibian species in NSW, four in Victoria, and one each in the ACT, Northern Territory and WA. The study found that the most important management actions needed to prevent extinctions, and to support populations to survive in the wild, were the identification and development of refuge areas, and captive breeding programs.

Co-author Matthew West, Research Fellow at the University of Melbourne said refuges where the threats facing species were naturally less or could be managed would allow a frog population to survive.

“For example, predatory non-native fish, like trout, are one of the major threats to the spotted tree frog. A Victorian trial is working with recreational fishermen to remove these fish from a new refuge area for the frog. Captive breeding programs are important to create an insurance population, in case the species becomes extinct in the wild, and to breed frogs that can be released back to the wild to boost wild populations, or start new populations in refuge areas,” West said.

Captive breeding programs are already underway for some species identified as being at-risk. These include the white-bellied frog (Perth Zoo); spotted tree frog (Zoos Victoria); and northern corroboree frog (ACT Government). In addition to ongoing support for these programs the study concluded it was also important captive breeding programs were established for other very vulnerable species.