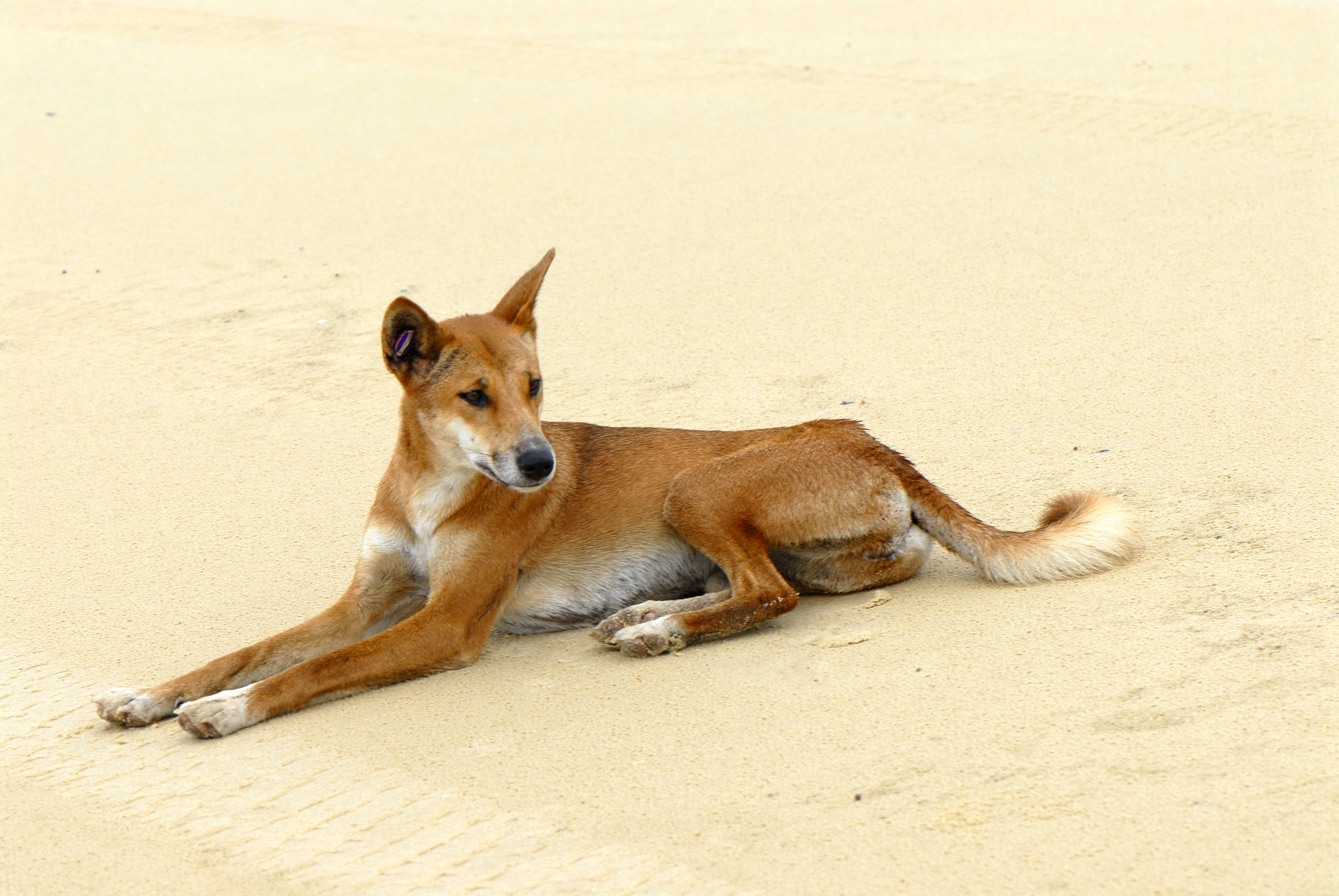 The widely held belief is that the coats of pure dingoes are ginger in colour and any variations are indicative of hybrid animals with domestic dog genetics in their ancestry.

This idea has been challenged in a collaborative study involving 1325 wild canids across south-eastern NSW, that was published recently in the Journal of Zoology. Researchers found coat colour was not a reliable factor in distinguishing pure dingoes from dingo-dog hybrids, and these findings have implications for the management and conservation of dingo populations.

Lead author Kylie Cairns, a conservation biologist from the University of NSW’s School of Biological, Earth and Environmental Sciences, said research showed that if culling decisions needed to be made, they should be based on more than the colour of a dingo’s coat, and should include other features such as floppy ears or a broad snout shape.

“We actually found pure dingoes that had a brindle, black and tan, patchy or sable coat colour, showing dingoes are much more variable than we thought. Seeing an animal with an odd coat colour doesn’t immediately mean it’s a hybrid,” Cairns said.

Scientists examined the relationship between coat colour and ancestry in wild dingoes using microsatellite-based genotyping on 1325 wild canids from south-eastern Australia. Results showed that domestic dogs with no dingo ancestry are rare in the wild, representing less than 1.5 per cent of the population, while about a quarter of the samples were animals with no evidence of domestic dog ancestry. Approximately three-quarters were dingoes with some domestic dog ancestry.

Cairns said plans for future research will include genetic techniques to look at dingo ancestry across Australia to uncover the origin of some coat colours.

“We want to examine whether these coat colours are ancestral or came from dogs originally but have been present in the population for 100 or 200 years. We’re curious to see if coat colour is part of the natural selection and adaptation in dingoes, or if there are other reasons for these coat colours,” she said, citing as an example the increased immunity associated with wolves’ black coats that came from dogs, and the possibility of a similar pattern in dingoes.

Another UNSW study involving dingoes, and the role they play in maintaining ecosystem biodiversity, was published recently in Landscape Ecology. The research focused on vegetation variations on both sides of the Dingo Fence, a 5600 km-long structure that spans across parts of Queensland, NSW and South Australia.  It found vegetation inside the fence – areas without dingoes – had poorer long-term growth than vegetation in areas with dingoes.

“When dingoes are removed, kangaroo numbers increase, which can lead to overgrazing. This has follow-on effects to the entire ecosystem with the differences in grazing pressure on each side of the fence so pronounced they could be seen from space. Rainfall causes vegetation to grow on both sides of the fence, but in areas without dingoes it didn’t grow as much, or cover as much land, as areas outside the fence,” Letnic said.

Changes to vegetation triggered by the removal of dingoes have also been shown to reshape the desert landscape by altering wind flow and sand movement.

“Removal of apex predators can have far-reaching effects on ecosystems that manifest across very large areas. These effects have often gone unnoticed because large predators were removed from many places a long time ago,” he said.